Added by laforge 3 months ago. Updated 3 days ago.

We currently use a fn-advance default of of 20 frames, and a rts-advance of 5, resulting in a total of 25 frames (equalling 115ms) of downlink frame nubmer advance.

I would guess that on modern hardware, particularly with SCHED_RR on TRX + BTS, we can reduce the fn_advance drastically. The rts_advance likely needs to remain in place without too many changes, as this is the amount of time the PCU has to prepare downlink data (i.e. schedule DL).

As a second step, we could possibly even think of something like a dynamically sized fn-advance, similar to dynamic jitter buffers work in RTP. 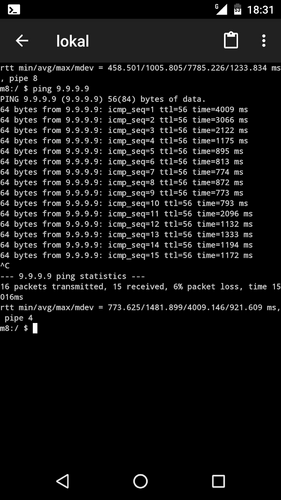 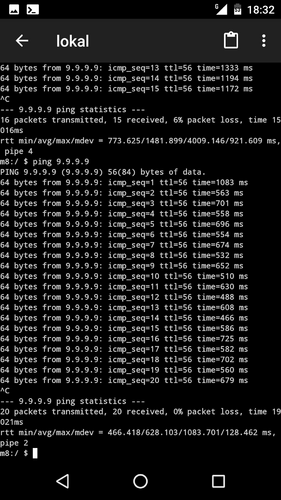 #1 Updated by daniel 3 months ago

So far on my laptop I reduced fn-advance to 3 and pings look a lot better.

#2 Updated by daniel 3 months ago

Please test with those or even lower values and report back what still works.

#3 Updated by laforge 2 months ago

I updated the gerrit patch and put some updated comments in there.
So in summary:

I did some testing with a LimeNET-micro and so far it looks good from osmo-bts-trx side, but it's not working properly on osmo-trx-lms side due to Tx downlink bursts arriving too late when using fn-advance 2 or 3, I get lots of messages like this from time to time:

I'm running all through systemd services and they have realtime scheduling set in the service files.

I added some rate counters to monitor that kind of issue in osmo-trx, and provide also some VTY command to establish a threshold at which osmo-trx will exit to flag the BTS that something's wrong, like we do for other counters (overruns, underruns, dropped packets, etc.):
remote: https://gerrit.osmocom.org/c/osmo-trx/+/19050 Rename device specific rate counter multi-thread helpers
remote: https://gerrit.osmocom.org/c/osmo-trx/+/19051 Introduce rate counter tx_stale_bursts

While at it, I also fixed some bug in the rate counter thresholds I observed.

#6 Updated by pespin 4 days ago

Using current default fn values (20 and so), I have been running osmo-bts-trx+osmo-trx-lms in LimeNet-Micro3 for a few hours with 1 phone attached and pinging some IP addr. Then check over time the related rate counters:

This one didn't change over time, which is good.

So we are dropping around 2k bursts per hour aprox, with current settings. I still need to figure out what fn param relates to that.

#7 Updated by pespin 3 days ago

After a few more hours with the test running with same environment, I continue to have trx_clk:sched_dl_miss_fn at 0 and trx:tx_stale_bursts at around 2425/h

Regarding that counter, I just found out that there may be a race condition between getStaleBurst() and getCurrentBurst(), where a burst is fed in the queue in between and then getCurrentBurst() fails because the required one may be not the first one even if it was queued and getStaleBurst() will later drop it. So we potentially need to refactor that code to avoid those issues., and repeat the test (adding an extra counter for the case where getCurrentBurst fails, because then by comparing with the other one it can be known if bursts arrived late or never arrived).

If that's not introducing an issue, then we need to investigate whether lowering fn_advance further degrades the current situation or not.

#8 Updated by pespin 3 days ago